“…the cleverest, funniest, and towards the end, scariest horror movies I’ve ever seen.”

Leslie Vernon (Nathan Baesel) is an aspiring slasher who gives some journalism graduate students an exclusive to what he considers will be his serial killer unveiling.  Throughout the movie, we see Leslie being interviewed by Taylor (Angela Goethals) and answering the various questions she has about the ‘how’ and ‘why’ of previous serial killer celebrities (Jason, Mike Myers, Freddy, etc.).  Leslie speaks on the importance of folklore, the techniques of stalking, victim selection, and even workout plans (lots of cardio).  He discusses the importance of the ‘survival girl’ in his grand scheme.  The ‘survival’ girl is a virgin who, through the trials that the serial killer puts her through, re-emerge as a woman with her innocence lost and challenge the killer and even potentially survives the encounter.

The plan he has is to terrorize some high school students planning to party at his old house on the anniversary of his supposed death early on in his life.  He has the house rigged, and tells the documentary crew the sequence of events that will happen so as to eliminate everyone except the ‘survival girl’ and possibly the ‘Ahab’ (the Ahab is his nemesis and represents goodness and the defense of innocence, here is a great cameo by Robert Englund as  Doc Halloran).  The night soon approaches and he gets the whole crew ready in the upstairs closet, where he will make his first kill, the jock and his girlfriend having sex.  After it is done, the whole crew, especially Taylor, is shocked and shaken.  Leslie, detecting that they are starting to have “we have to stop this!” thoughts, bring them back to the van and asks them to leave.  Taylor, insistent on stopping Leslie, convinces the two camera-men to try to save the kids.

They storm into the house and soon, all hell breaks loose and despite their best efforts, one by one they fall victim.  By now Leslie has seen the documentary crew, and is now after them too.  Then, the ‘survival girl’ falls to her death as she climbs a rigged tree branch (and after revealing that she is not a virgin, as she is caught having sex wildly in one of the earlier scenes), and Taylor starts to understand the SHE in fact is the ‘survival girl’.  In the final showdown, Taylor stabs Leslie as she is being strangled, and then quickly crushes his head in an apple juicer.  She then sets everything on fire.

As the credits roll, we see a Leslie lying on an autopsy table, apparently burnt and dead.  As the lab-tech turns around, Leslie all of a sudden sits up.  It was discussed earlier that he used a flame retardant all over his body as a precautionary measure. 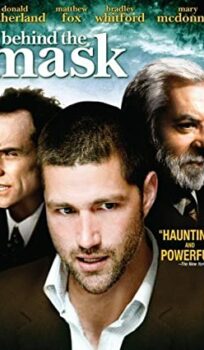