Nina (Tammy Blanchard) gets fired from her waitress job by Manny (Manny Perez) because she was late again for the 3rd time. Nina storms off and is followed by Jose (Eduardo Verastegui) who is Manny’s younger brother and the head chef of the restaurant. Nina admits to Jose that she was late because she was sick and just found out that she was pregnant. The two form a connection and spend the day walking around New York City, this includes eating lunch at an nice restaurant owned by a friend of Jose. At the lunch, Nina says she plans to have an abortion because she doesn’t want to screw the kid up and the father of the child wants nothing to do with it. Jose is obviously surprised by her plans.

After more walking around, Jose invites Nina to his to have dinner with his family (his parents and younger brother). When they arrive at his house, his parents chastise him for living Manny so suddenly at the restaurant, which is in chaos without the head chef. Jose takes Nina to the garage where he shows her a vintage car. Then he admits that 5 years ago, he was a soccer player who was about to sign a contract with a major soccer team (Real Madrid, I think). He was driving in the vintage car to a press conference about the signing when suddenly a little girl ran out into the street and he accidentally hit her, killing her. He was sentenced to 4 years in prison for vehicular manslaughter. He still feels immense guilt about what happened and still remembers seeing the mother of the little girl, picking up the her lifeless body in the street and screaming in agony. Nina is shocked by the story but says nothing.

They have dinner with the family and then walk to the beach. Jose and Nina talk and connect more and fall asleep next to each other. The next day back in the city, Jose says he’ll go with her to the abortion clinic. Then Jose goes back the restaurant and wordlessly makes up with Manny.

Some years later, how many is not specified but the audience is lead to assume around 5 years, and Jose is running on the beach with a little girl. Nina drives up in a taxi and meets the little girl, who name is Bella. It is made clear that the little girl is Nina’s daughter. She did not have an abortion because Jose offered to raised the baby (in part as a way to atone for killing the little girl). This is the first time Nina has met her daughter. She and Jose hug, and it ends with Jose, Nina, and Bella walking to the shore together. 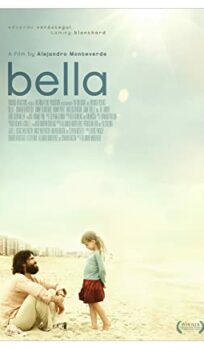