Knowing that Madlock (Paul Shenar) would do whatever he could to prevent the book from being published, Cleve (James Woods) tries to hide Dennis’ (Brian Dennehy) daughter Holly (Allison Belson) at his publisher Roberta’s (Victoria Tennant) house so Madlock can’t harm or kidnap her to force Dennis to stop. Unfortunately, Madlock finds out where Holly is and sends two cops on his payroll to Roberta’s house, and they take Holly away under false pretenses.

Madlock then summons Dennis to his house. When he comes, Madlock tells him that Holly is being held in the house, and intends to let her go only if he will stop writing the book. While this is going on, Cleve stealthily enters the property and starts picking off Madlock’s men, and he finds Holly safe in one of the upstairs rooms. Cleve no longer maintains his silence after finding her, killing the remaining guards on the property and telling Holly not to leave the room, and then he starts attacking Madlock directly.

Holly, after hearing her father’s voice downstairs, tries to run down to him, but Madlock grabs hold of her. Cleve still wants to kill Madlock, but Dennis begs him not to shoot because he might risk accidentally hitting Holly. Cleve drops his gun, but this gives Madlock the chance to fatally shoot him. Dennis frees Holly from Madlock’s grip and handcuffs him, and then he goes to Cleve’s side, thanking him for saving Holly. Cleve tells Dennis to remember to make him a hero in the book’s ending, and then he dies.

Dennis publishes the book, Retribution, which spends 28 weeks at the top of the national best-seller list, and we are left to assume that the book’s information – along with Madlock’s aforementioned actions – has landed Madlock in jail for life. 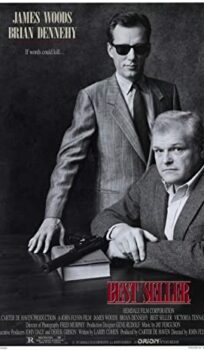