Axel Foley (Eddie Murphy) discovers that Victor Maitland (Steven Berkoff) was smuggling drugs, but since he is a Detroit police officer in Beverly Hills, he is out of his jurisdiction and the police there are much less cooperative to his unorthodox ways of policing. He manages to encourage Beverly Hills police officers Billy Rosewood (Judge Reinhold) and John Taggart (John Ashton) to accompany him to Maitland’s home to ambush him, where it turns out Maitland had kidnapped Axel’s friend Jenny Summers (Lisa Eilbacher). Beverly Hills police get a 911 call leading them to the estate, where Lt. Bogomil (Ronny Cox) realizes that Axel was right all along. The police manage to take out some of Maitland’s men, while the rest surrender willingly. Axel catches up to Maitland, but he takes Jenny as a hostage. Bogomil breaks in, surprising Maitland, giving Jenny a chance to slip away as Axel and Bogomil shoot and kill Maitland. Later, while receiving treatment for his injuries, Beverly Hills police Chief Hubbard (Stephen Elliot) asks Bogomil what happened. Bogomil makes up a wild story to cover for Axel. Taggart corroborates the story, and Hubbard agrees to not press charges against Axel. Bogomil then privately thanks Axel for helping them out, and promises to smooth things over with Axel’s boss Inspector Tod (Gilbert R. Hill) back in Detroit. 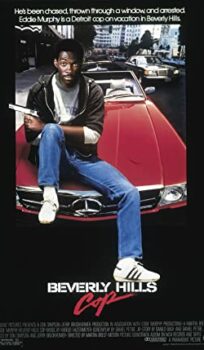