Laura (Patricia Arquette), Aung Ko and the rest of the group of refugees manage to successfully cross the bridge over the bordering river between Burma -currently known as Myannmar- and Thailand, but not before being heavily attacked by Burmese military artillery fire (two of them are even killed while trying to cross).  The young soldier that tried to have the group seized before their escape attempt, tosses away his helmet as a sign of desertion, and he and Aung Ko are the last to cross.

While most of the refugees survive and start chanting in favor of democratic leader Aung Sang Suu Kyi, Laura comes into a shack of the Red Cross International, and seeing the panorama of severely wounded people, announces herself as a doctor and becomes involved with the working staff, thus apparently finding a meaning to her afflicted life at last.

The movie ends with info that states that hundreds of thousands of people had to flee Burma after the military took over the country while several more were killed; Aung Sang Suu Kyi went on to elections, winning by an overwhelming majority, although the military government refused to step down; at the same time, she was condemned to house arrest and refused to go into exile with her family, remaining as the last fit of hope for her people, and eventually earning the Nobel Peace Prize in 1991. 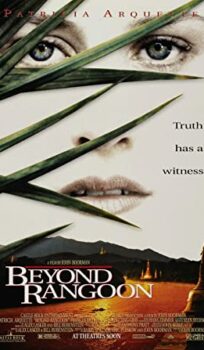