Eugene Jerome (Matthew Broderick), who represents author Neil Simon as a young man,keeps a journal of all his experiences at boot camp. His fellow soldiers find it and rerad it, and are infuriated by things he wrote about them. The journal indicates that Eugene thinks the nerdy Epstein is a homosexual, while the macho Wykowski is a brute. For the first time, Eugene learns that writing can hurt people deeply.

Later, it turns out that Eugene is completely wrong about Epstein, who is not gay. But Private Hennessey (Michael Dolan), whome everyone likes, IS gay. He’s arrested by the MPs in front of all his friends, and dishonorably discharged.

One night, the crazed Sgt. Toomey (Christopher Walken) comes to the barracks with a gun, threatening to kill Epstein, but quite willing to kill Eugene instead.Eugene finally calms down Toomey, who realizes he has committed a serious bvreach of proper Army conduct. Toomey knows he must be punished, so he asks Euegene to assign him a punishment. Eugene forces Toomey to do push-ups in front of the whole outfit, as Toomey often made other soldiers do.

Shortly after, Toomey resigns and is replaced by a saner, nicer sergeant. However, the atom bomb is dropped and the Japanese surrender before Eugene and his comrades ever see any combat. 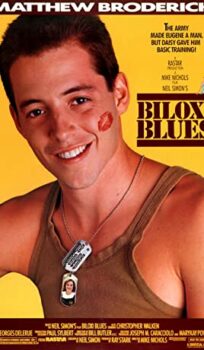