After breaking up with The Joker, Harley Quinn (Margot Robbie) tries to make it on her own in Gotham City, but soon finds that without Joker around to protect her, other far worse criminals want her dead.

Although Harley bonds with Cass, it becomes clear that they are not safe with Roman’s thugs after them. She offers to give Cass up for protection, and arranges to meet up at a theme park. Montoya and Dinah arrange to meet there as well, which alerts Roman’s buddy Victor Zsasz that Dinah (who works for Roman) is betraying him.

At the theme park, Zsasz tries to kill Harley, Dinah, and Cass, but he is killed by Helena Bertinelli/Huntress (Mary Elizabeth Winstead), who has been training for revenge since Zsasz was among the men that murdered her family for the diamond. Roman and an army of goons show up, forcing the ladies to team up and fight. After defeating the thugs, Roman takes Cass to the pier, where Harley follows. They kill Roman by planting a grenade on him and throwing him over the pier where he explodes.

Harley takes Cass under her wing while Montoya quits the GCPD to join Dinah and Helena to form the Birds of Prey and continue fighting crime. 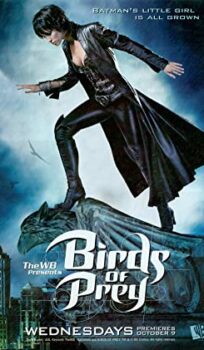