*A prequel to the previous film*

Mayo (Yuki Amami) is tasked with killing a crime boss. It goes wrong, with a hitman duo trying to steal her contract, and an innocent bystander getting killed. Mayo is also off her game because one of her target’s bodyguards is Yamabe (Takeshi Yamato) a man who saved her from a rape years before.

Mayo is tasked with finishing the job. However, Suzu (Reiko Kataoka), the wife of the murdered bystander, makes a poor attempt at killing the target herself and is captured and tortured. Mayo eventually kills the target, while Yamabe, who had accidentally killed Suzu’s husband, betrays his gang and rescues her.

The three of them hide out at Suzu’s house, but Yazaki, the yakuza who had made the contract and set everything in motion, finds them. Mayo plays dead at one point and is able to kill most of his gang, though Yamabe is mortally wounded in the process. Suzu is given the chance to kill Yazaki who is ultimately responsible for the death of her husband but cannot do it, so Yamabe kills him to ensure her justice before dying himself. Suzu cries out for him not to die and Mayo silently cries; for all her skills, she was unable to save the man she loved. 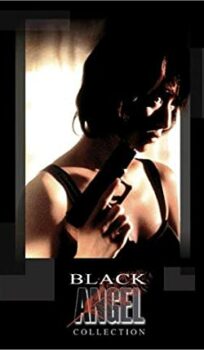