Ikko (Riona Hazuki) is not the half sister of Chiaki (Miyuki Ono). She is her daughter, a product of rape when Chiaki was a teenager. Chiaki’s father made her believe her child was dead and then let his mistress raise Ikko as her own. Chiaki had inadvertently called a hit on her own daughter years ago.

Ikko kills Goro Nogi (Jinpachi Nezu) with the help of Mayo (Reiko Takashima). Chiaki arrives and sobs over the death of her lover. Ikko wails over being brought into a cruel world as Chiaki raises a gun her way. Mayo runs to shield Ikko, trying to tell Chiaki that Ikko is her child but is shot dead by Chiaki before she can. In a grief fueled rage, Ikko kills Chiaki as the film ends, apparently not knowing that the woman she has just killed was her mother. 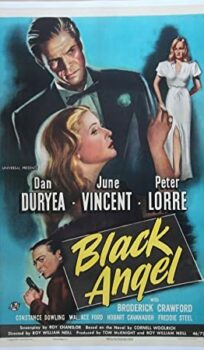