In the final battle, Jamal (Martin Lawrence) defeats Sir Percival (Vincent Regan) in a swordfight, but before Percival can harm him in a surprise attack when he goes to tend to Victoria (Marsha Thomason), Sir Knolte (Tom Wilkinson) – who was presumed dead when Percival struck him with an arrow earlier on – shoots that very arrow into Percival’s back, killing him. King Leo (Kevin Conway) is overthrown, and the Queen (Helen Carey) is restored to her throne. Jamal, knowing he can’t stay in this time, kisses Victoria goodbye, and the Queen knights him.

As his knighting is finished, Jamal awakens in his actual time, and understands that everything was all just a dream. Jamal persuades Mrs. Bostick (Isabell Monk) not to quit, but to fight the takeover from Castle World and turn the park around. Six weeks later, Medieval World is cleaned up and is attracting a lot more visitors than it used to.

While working there one day, Jamal meets Nicole (also Marsha Thomason), a woman who looks exactly like Victoria who works in admissions at the college where he just applied for night classes. They arrange a date together, but after she goes, he realizes he forgot to ask her her number. When he chases after her, he takes another spill into the moat. He awakens during the Roman Empire in a gladiatorial arena, where the lions are released on him, and he takes off running. 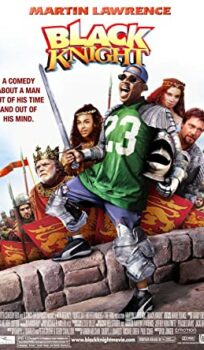