After the death of his father, T’Challa (Chadwick Boseman) takes his place as king of Wakanda. However, he faces a threat in the form of Erik “Killmonger” Stevens (Michael B. Jordan), a ruthless black ops soldier who is actually T’Challa’s cousin. It is revealed that T’Challa’s father, T’Chaka, killed his own brother N’Jobu, who was Killmonger’s father. Killmonger challenges T’Challa for the throne and defeats him, seemingly killing him.

Killmonger’s plan is to distribute Wakandan weaponry to operatives and mercenaries around the world (primarily of African descent) to fight against their oppressors. He even manages to gain support from the Wakandan army. However, T’Challa’s loved ones find him and revive him, and he returns as Black Panther to fight back against Killmonger. T’Challa finishes Killmonger, but he allows him to view the Wakandan sunset before he dies.

After reclaiming his throne, T’Challa decides to bring Wakanda out of hiding so that they may help the rest of the world. 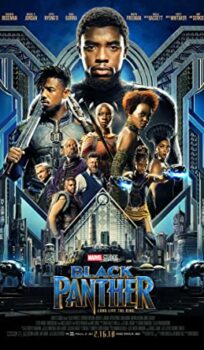