Robinson (Jude Law) and his crew had been set up from the beginning.

Daniels (Scoot McNairy) reveals that Robinson’s previous employer AGORA actually funded the expedition and has already negotiated a settlement for the gold with the Georgian government. When the sub was going to surface, the crew was to get nothing. Robinsion, enraged that people have died over this treachery, decides to evade capture to split the gold with his men.

Daniels however, pressures Fraser (Ben Mendelsohn) into killing another man to force the sub to the surface, but this sabotage eventually causes an explosion that makes the sub to start taking on water. Daniels traps crew members Fraser, Baba, and Reynolds (Michael Smiley) to drown. However, in a karmic fashion, Daniels gets his belt caught on a door and when Morozov (Grigoriy Dobrygin)  sees Daniels alone and knows he left the others to die, leaves him to drown too.

With only Robinson, Tobin (Bobby Schofield), and Morozov alive, Robinson gives them escape suits to reach the surface, understanding that the gold will have to stay. However, Robinson helps them escape this knowing he cannot escape himself. At the last second, before he is killed when the sub is fully engulfed in water, Robinson sends up the gold in his suit so the mission won’t be in vain and that so Tobin, about to be a father himself, can provide for his family. 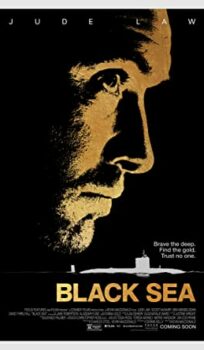