Rae (Christina Ricci)) is a nymphomaniac who can’t control her sexual urges when she gets them. Her boyfriend Ronnie (Justin Timberlake) leaves for his National Guard stint in Iraq, causing her to go wild, because she can only control her fits when she is around him.

Rae goes to a party with Ronnie’s best friend, and afterwards she makes fun of him while she is high and drunk, which causes him to beat her almost to death. Lazarus (Samuel L. Jackson) finds her and finds out about her “sickness” and tries to cure her of her wickedness, as he puts it, by chaining her to his house.

After a week of her rehab, Ronnie comes back because he was kicked out of the Guard because he gets anxiety attacks, caused by loud noise. His finds out about his girlfriend sleeping around and finds her at Lazarus’s house and thinks they are sleeping together. After a standoff, Lazarus calls his preacher friend to council Ronnie and Rae. Afterwards they get married and move away.

While driving, Ronnie has an anxiety attack while on the road and Rae has one of her fits. She controls it and consoles Ronnie as the movie ends. 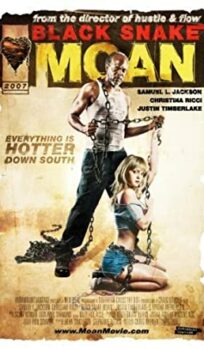