As a child, Natasha Romanoff (Ever Anderson) was taken from her real family and raised by a fake one in Ohio until she and her surrogate sister Yelena Belova were abducted and taken to the Red Room, where they were trained to become the deadly Black Widows.

Years later after violating the Sokovia Accords, Natasha (now played by Scarlett Johansson) goes into hiding until she is attacked by an assassin called Taskmaster, who has a connection to her past. Yelena (Florence Pugh) calls upon Natasha for help despite years of estrangement, as she has come across a synthetic gas called Red Dust that breaks the Widows from their mind control. The Red Room and its operator, Dreykov (Ray Winstone), are also still active despite Natasha having believed to have destroyed them years earlier before she worked for SHIELD.

Natasha and Yelena reteam with their surrogate parents Alexei Shostakov/Red Guardian and Melina Vostokoff (David Harbour and Rachel Weisz) to track down Dreykov and the Red Room. They are taken to the location on an aerial base. It turns out that Taskmaster is Dreykov’s daughter Antonia, who was believed to have been killed in the explosion that supposedly killed Dreykov, but she survived with disfigurements and is now mind-controlled by her father into being the perfect assassin. After Yelena, Melina, and Alexei get free from their captivity, they battle Dreykov’s goons while getting the Red Dust and breaking the other Widows from their mind control. Melina causes the Red Room to come crashing down, but before Dreykov and his men can escape, Yelena destroys his getaway craft, causing Dreykov to blow up for real this time. Natasha also breaks Antonia from her mind control before parting ways with her family again. She later goes off to help free the other imprisoned Avengers.

Years later, Yelena learns of Natasha’s sacrifice and is recruited by Contessa Valentina to go after Hawkeye, believing him to be responsible for her sister’s death. 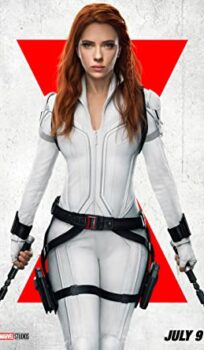