Lottie (Ginger Rogers) finds about her husbands affair with Nanny, kills her and makes it look like a suicide. When Detective Bruce (George Raft) realizes it was a murder, Lottie tries to frame her boss Peter (Van Heflin) for the crime telling him she heard him arguing with Nanny around the time she was killed. However, Det. Bruce already knew Peter had a strong alibi and realizes she’s trying to set him up. He figures out Lottie did it and she’s arrested.

Neither Peter or the detective think Lottie will go to jail. Since she is such a good actress, they believe she will be able to sway the jury. 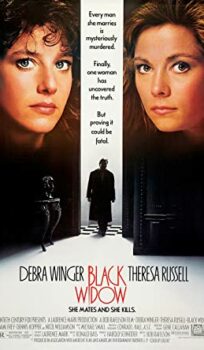