NOTE: This is more of a commentary than a ‘pooper, from the original MoviePooper, Curt (The Grand Poop-bah).

Deckard (Harrison Ford) gets in WAY over his head in attempting to retire the last of the escaped replicants. Just when it seems that he’s doomed, Roy (Rutger Hauer) saves his life. The two sit together in the rain, Roy expounding on his experiences. Deckard comes to realize that Roy has a soul, values life, and FEELS more deeply and strongly than Deckard does himself. Roy expires naturally as his pre-programmed lifespan ends. Deckard’s epiphany helps him overcome his last reservations about his love for Rachael (Sean Young), and he escapes into the wilderness with her.

Hey! Wait just a gosh-darned minute! Isn’t Deckard actually a replicant himself, thus negating the importance of this so-called “virtuous soul theme?” Isn’t it normal that Deckard, being a machine, has no feelings?

When the Director’s Cut of Blade Runner was released in 1992, Ridley Scott added a scene with Deckard dreaming about a unicorn. This, combined with the sighting of Gaff’s origami unicorn at the film’s close, is one tantalizing clue that Deckard may not really be human. For an in-depth debate, see section 14 of the Blade Runner FAQ. Obviously, if Deckard is a replicant, and Roy knows it (as theorized by many), his final speech is intended to inspire Deckard to make the most of whatever life he has left, a “passing of the baton,” if you will.

But isn’t there a much more recent development?

Unfortunately, the FAQ hasn’t been updated since 1995. In July of 2000, Ridley Scott made what can only be described as an unequivocal statement to the BBC’s Channel 4: Deckard is a replicant.

Is everyone FINALLY in agreement?

Actually, no. In September of 2000, Harrison Ford (who apparently, doesn’t much like the film) rebutted Scott’s statement. He said that this discussion came up during shooting and that it is definite that Deckard is NOT a replicant. Of course, this is just the kind of thing a Director would tell the star if he wanted the star to play the character properly; as someone who thinks he’s human. Wheels within wheels…

So, what’s your point? What’s the pooper?

Make of this film what you will. Personally, I like the original theatrical release with Ford’s voice-overs, and I believe that the introduction of the “Deckard is a replicant” material seriously weakens, if not destroys, the film’s most significant message. I’m not going to attempt to argue that Ridley Scott is wrong in saying that Deckard is a replicant, just that it was a bad decision to make him one. The original theatrical release is also the only version that Philip K. Dick (the author of the source novel, Do Androids Dream of Electric Sheep?) saw before his death, and he liked it. Your mileage may vary. Please direct all comments or criticism to [email protected]

There’s a draft screenplay out there, and this early iteration includes Mary, the missing sixth replicant from Bryant’s introductory speech (so, even if Deckard is a replicant, he’s NOT one of the Roy’s gang with a memory wipe, as some have theorized). 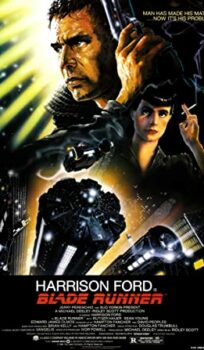