Adam (Brendan Fraser) falls for Eve (Alicia Silverstone) (and vice-versa), and he eventually asks her to come back with him to the fallout shelter to live with his parents Calvin (Christopher Walken) and Helen (Sissy Spacek), since she looked like a totally healthy “non-mutant” that he could marry. Freaked out by this, she politely asks him to leave, and he does. When he returns to her home the next day after finding his home again, he finds a County Family Services Department psychiatrist and her assistant that Eve called waiting for him. While he runs from the psychiatrist’s assistant, Eve has a change of heart about him and realizes that maybe he really just wants to go home. Adam tells Eve she can have all of his baseball cards and to not forget to pay his bills before he escapes and heads back to the fallout shelter, where – along with the eccentric Archbishop Melker (Dave Slotnick), who believes Adam to be the messiah – he gets food and supplies to the fallout shelter so his family can go back down and live in it.

Meanwhile, Eve and Troy (Dave Foley) head to Adam’s hotel room, where they find his belongings and his baseball cards, as well as stock certificates showing that he possessed thousands of shares in IBM, AT&T and Polaroid. They get on the phone with a financial wizard who informs them that the shares, along with the baseball cards and most of Adam’s belongings (due to the fact that some have been discontinued), made Adam a multi-millionaire. They decide to find Adam, and they go to the adult book store that was built over the fallout shelter since Troy remembered Adam being excited when he was near it. They are unable to find him, but as they drive away, Eve notices Adam exiting a phone booth after he made a call to her house to say goodbye. Eve runs up to him and kisses him. Adam takes Eve down to meet his parents, and they all have dinner together before Adam and Eve leave to do some important matters.

Adam and Eve get the shares and everything processed and become rich. Archbishop Melker was very depressed when he learned that Adam wasn’t the messiah, but with Adam and Eve he starts planning to make a nightclub out of the fallout shelter. Adam and Eve construct a home in a big field somewhere in the Hollywood hills for them and Adam’s parents, whom they slowly re-introduce back into society.

Adam eventually breaks the news to his father that it was a plane that crashed into their backyard and not a nuke, and that the Soviet Union collapsed without a shot being fired. They choose not to break the news to Helen, fearing she would be angry with Calvin for their years of mistaken confinement. Calvin – believing that the communists faked the Soviet Union’s collapse – then begins measuring the field to construct a new shelter, while Eve looks on with an engagement ring on her finger. 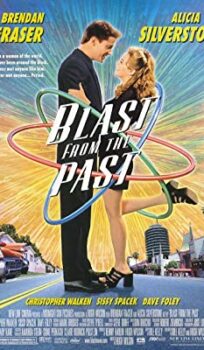