Frankie Bono (Allen Baron) is an out of town hit man brought into New York City during the Christmas holidays to commit a hit against a mid level mobster, Troiano. He makes a deal with a gun deal Big Ralph (Larry Tucker) and reconnects with an old friend Lori (Molly McCarthy) who lived in the orphanage they grew up in.

After Big Ralph attempts to extort him for more money once he realizes that Frankie’s target is Troiano, Frankie strangles him to death. This killing shakes Frankie, as does getting closer to Lori, as she makes him want him not be alone. When he tells his bosses he wants out, they threaten to him to finish the job. When he visits Lori before the hit, he finds she is already with another man, breaking his heart. Frankie tracks Troiano to his mistresses’ apartment and kills him.

Frankie calls his bosses to collect his money. They direct him to a small dock in a middle of storm. He looks back and sees his contact has disappeared, replaced with two hit men. Frankie’s bosses now consider him a liability and found it to be more cost effective to kill him then just let him retire. Frankie tries to run, but is shot several times and killed. 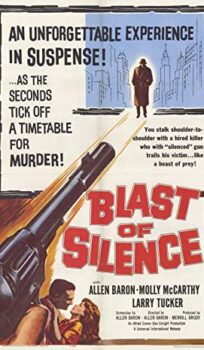