Vinny Paz (Miles Teller) gets into a car accident that leaves him with a broken neck. He is told that if he doesn’t get fusion surgery he might not walk again. Though Vinny insists that he must fight again.

Vinny not interested in being crippled for the rest of his life begins to work out. With the help of Kevin Rooney (Aaron Eckhart) he is able to get out the halo that held his neck up.

Vinny then beats Roberto Duran for the Super Middleweight Title in 10 rounds in 1994. 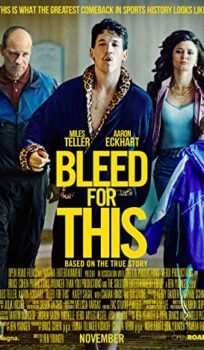