Pooper:
Javed realizes that while he wants to pursue his dreams outside his small town, he must stay connected to his roots. Javed reconciles with his family and girlfriend before going to college, and he and his dad listen to Bruce Springsteen as they drive.

Long Ending:
Taking place in the 1980s, Javed (Viveik Kalra) is the only son of a traditional Muslim family living in a small British town during a crippling recession. His father Malik (Kulvinder Ghir) lost his job and the family is struggling to be supported by his mother Noor’s (Meera Ganatra) seamstress work. Due to a wave of neo-fascism, Javed and other Muslim families are often accosted and abused by white nationalists. Although Javed’s best friend Matt (Dean Charles Chapman) is cool and the singer of a band, Javed’s parents won’t let him Javed to parties or break heavily from their traditions. To blow off steam, Javed writes poetry.

Things begin to change when a new English teacher, Ms. Clay (Hayley Atwell), takes Javed under her wing and encourages him to develop his writing voice. At the same time, Javed’s friend Roops (Aaron Phagura) introduces him to the music of Bruce Springsteen. Although Springsteen is an American, his lyrics about surviving as an outsider in small-town America and overcoming hardship and strict parents inspire Javed. He begins dressing like his idol, develops confidence, and focuses on his writing (much to his parents’ displeasure). His writing also dramatically improves, attracting the attention of one of his classmates named, Eliza (Nell Williams). Javed and Eliza eventually begin dating (and he gets her into Springsteen’s music too). With Ms. Clay’s tutelage, he begins entering competitions and gets an internship at a newspaper.

As Javed finds success and acceptance, he begins rebelling against his parents’ edicts, particularly butting heads with Malik. During a particularly heated argument, Malik kicks Javed out of their car due to Javed’s insults. Javed sneaks out of one of his sister’s wedding processions to buy tickets to a Bruce Springsteen concert. While Javed is gone, some fascists attack the procession and wound Malik. Later, when Javed gets an article published in the paper about the issues impacting Muslims in Britain, Malik is angered that Javed would draw attention to their family (worried that fascists may attack them for speaking up).

Things reach a head when Javed wins a writing contest and gets awarded a trip for two to New Jersey… home of Bruce Springsteen. Though Malik forbids Javed from going, he leaves anyways. Javed also breaks up with Eliza, saying that they don’t have a future due to their different stations in life (she is an affluent white woman, and he is a poor Muslim). He also gets into a fight with Matt before leaving. Javed and Roops enjoy their trip to the US, and Javed spends time reflecting on his life. Meanwhile, Noor chastises Malik for driving a wedge between them and their son and demands he fixes it. Malik begins reading Javed’s poems and even listening to Bruce Springsteen’s music.

When Javed returns, he’s surprised to find his family and Eliza at the award ceremony honoring him. Javed gives an impassioned speech saying that while he intends to pursue his literary dreams and leave his small town, he won’t forget or abandon the people who love him, his life in their small town, or his traditions. He then reconciles with his family and Eliza. Later on, he makes up with Matt too. After graduating, Roops starts his own business while Javed goes to a prestigious university. Malik lets Javed drive… and pops in a Bruce Springsteen tape for them to listen to together on the journey. 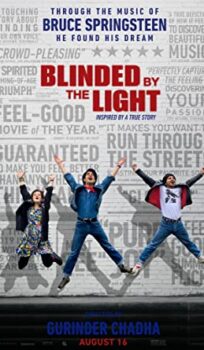