Alex (Daniel Bernhardt) and the Beast (Nicholas Oleson) end up facing each other in the finals of the Kumite.

The Beast dominates Alex for most of the match, but during a moment when Alex is down, he remembers the training he underwent with Judge Macado (Master Hee Il Cho) to learn his version of the “Iron Hand.” He gets back up and nails the Beast with some jarring “Iron Hand” strikes to his chest and throat, then hits him with several hard punches and kicks. The Beast falls to the ground unconscious, and Alex wins his second straight Kumite championship.

After Alex finishes telling the story to his son Jason (David Schatz), Jason asks if he killed Duvalier (John Rhys-Davies) after his victory. He reveals that he didn’t, because he understood that, if he did, it wouldn’t bring Sun (James Hong) back to life, and it would’ve done nothing but destroy his spirit. 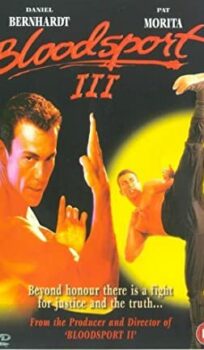