Pete (Nick Nolte) finds out that Tony (Anthony C. Hall), one of his favorite players, was paid by Happy (J.T. Walsh) to shave points off of a game three years ago in order to beat a gambling point spread, and he becomes disgusted at what he and his team have become. When he goes to Jenny’s (Mary McDonnell) house to tell her about it, he finds out that she learned that he was using illegal inducements to get players to attend the university, and since he lied to her face about it, she says she doesn’t want to speak to him anymore.

After Western University wins a big game against Indiana University, Pete talks to the team and says that he can no longer bear his guilt over having broken the rules. He tells them that he’ll talk to them all individually tomorrow about their futures, and then he leaves them. He then goes to a press conference, where he confesses the entire scandal and announces he’s quitting as head coach.

While walking home, he sees a bunch of kids playing basketball, and goes up to them and starts giving them tips on how to play better.

The closing epilogue states the following: Western University was banned from tournament play for three years due to the scandal. Tony finally passed TV and graduated, and is now playing pro basketball in Europe. Ricky (Matt Nover) injured his knee at some point in the future, so he went home to Indiana, where he now runs his father’s farm. Butch (Anfernee Hardaway) and Neon (Shaquille O’Neal) dropped out of school, but would go on to play for the NBA. Pete continues to coach, but now for a small high school in the Midwest. 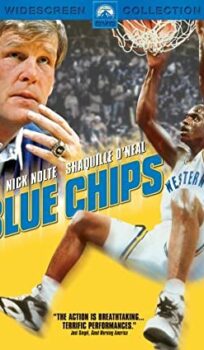