Janet (Carol Lynley) gets pregnant by her boyfriend Arthur (Brandon De Wilde).  After unsuccessfully trying to get married, Arthur and his friend Ernie (Warren Berlinger) try to save enough money to pay for an illegal abortion.  They come up short, and Arthur steals a check from his father to make up the difference.  Janet gets into a car and is blindfolded before being driven off to have the procedure.  Ernie lays into Arthur about his selfish attitude and the morality of his decision.

When Arthur is questioned by his parents regarding the check, he finally admits to everything.  Both his and Janet’s parents go off to rescue Janet in time before the abortion.  She tells both sets of parents she doesn’t want to marry Arthur, and plans to take a train to her aunt’s house to live and have the child.  She doesn’t want Arthur to know.

The next morning, Arthur sleeps in late and is confronted by Ernie who scolds him for not getting up and seeing Janet before she left.  This comes as a total surprise to Arthur.  He rushes downstairs and confronts his parents and tells me he wants to be with Janet, even though it will be tough.  He and Ernie drive off.

Janet is seen on a train pulling away from a station.  Someone stands next to her seat and when she moves her belongings so they can sit down, she sees it’s Arthur who hugs her.  They ride off on the train together. 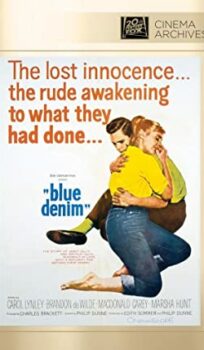