Logan (Martin Lawrence) eventually recovers the diamond from the vent, but in his glee he loses it amidst a pile of heroin that was going to drug lord Jean LaFleur (Olek Krupa) that he and the LAPD had earlier seized. He then inconveniently volunteers to participate in a joint LAPD and FBI sting operation on LaFleur using the heroin, but only so he can get the diamond back.

Outside of the warehouse where he is to meet LaFleur, Logan retrieves the diamond, but Tulley (Dave Chappelle) and then Deacon (Peter Greene) confront him, and Deacon takes the diamond at gunpoint. Before he can shoot Logan, the three find themselves at the mercy of LaFleur and his men. Eventually, the LAPD and FBI burst in and arrest LaFleur, but Deacon escapes in a truck.

Logan goes after him, as does the LAPD and FBI, but Deacon manages to cross the border into Mexico, putting him out of the LAPD and FBI’s jurisdiction. However, Logan decides to defy the jurisdiction laws, taking a squad car and continuing after Deacon. He manages to make Deacon roll his truck, but Deacon gets out unscathed, and the two get into an armed standoff. Logan tricks Deacon into letting go of his gun and the diamond, and then handcuffs him to the truck’s underside and walks away to leave him for the Mexican authorities. Deacon takes out a hidden gun and tries to shoot Logan while his back is turned, but Logan quickly spins around and shoots and kills Deacon.

When he gets back to the U.S. side of the border, his superior demands to know who he is, since he got some information indicating that he wasn’t who he said he was. Logan tells him that he is actually a Mexican Federale, and was on an undercover assignment the entire time. He soon heads back for the border, and the moment he crosses it, Carlson (Luke Wilson) and Hardcastle (William Forsythe) stop him. Carlson reveals to him that, after what has happened, he has figured out that he is really Logan and that he was looking for his diamond the whole time. However, since they all saw each other as friends now, and Logan is just over the border, he and Hardcastle were going to let him go. They bid each other farewell, and then Logan takes off into Mexico with the diamond. 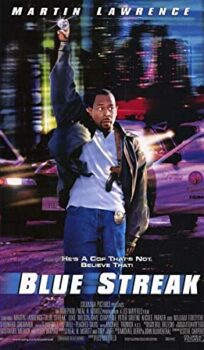