The film features a back and forth narrative depicting both the beginning and end of the relationship between Dean (Ryan Gosling) and Cindy (Michelle Williams).

The Beginning
Dean is a highschool dropout working for a moving company, while Cindy is a college student studying to be a doctor.  Dean and Cindy meet and they have a whirlwind romance.  However, Cindy finds out she was impregnated by her ex-boyfriend.  Dean takes Cindy to the abortion clinic, but she decides not to go with it, which results in Dean promising to help raise the child.  Even though he admits that he isn’t right for her, Dean marries Cindy at a Justice of a Peace.

The End
About five or so years later, Cindy is a nurse at a hospital, while Dean takes painting jobs.  They are unhappily married with Cindy getting increasingly annoyed at Dean’s childish behavior, drinking, and lack of ambition in life.  Dean tries to reignite their passion by booking a night at a hotel, but Cindy is unresponsive to Dean’s advances.  The next morning, Cindy is called into work and Dean follows her there and has a drunken confrontation with her.  This results in Cindy telling Dean that she no longer loves him and that she wants a divorce.  When they go to pick up their daughter from Cindy’s father, Dean begs Cindy to give their relationship another chance, citing the “for better or for worse” section of their wedding vows, however her response makes it clear the relationship is over.  Dean begins walking down the street and his followed by his daughter, who begs for him to come back.  Dean sends his daughter back to Cindy, feigning a race, before turning and walking away, while Cindy comforts her daughter in her arms. 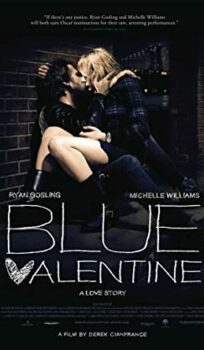