Felicia (Vivica A. Fox) gets on the ship Jerry (Cuba Gooding, Jr.) is on, intending to reunite with him, but finds him doing a performance in drag. She flips out, believing him to be gay, but he tells her that he isn’t, and only pretended to be gay so he could court Gabriella (Roselyn Sanchez). However, he quickly finds out that Gabriella was standing behind him the whole time he uttered this. He tries to explain himself to her, but she punches him into the pool and storms off. Felicia tells Jerry that if he could forgive her for her infidelity, she would forgive him for his, and would marry him. Jerry agrees to it.

At the wedding, when it gets to the “speak now or forever hold your peace” part, Nick (Horatio Sanz) tells Jerry that he loves him and kisses him. He then informs him that some of the gay men in attendance that were on the cruise with them told him that Gabriella was nearby, and they have to hurry to catch her. Jerry leaves Felicia at the altar, and with the help of the gay men – Lloyd (Roger Moore) in particular – he goes on a plane and then parachutes down from the plane onto the cruise ship Gabriella is on. Jerry apologizes for lying to her, and tells her he loves her and wants to be with her. Despite some weak resistance on Gabriella’s part, they end up kissing.

Nick goes to the home of Inga (Victoria Silvstedt) – the Swedish bikini model he fell for – in Sweden. Her family tells him that she is presently on a modeling assignment in Italy for the next three months. He is then introduced to her hot younger sister Bridgit (Jami Ferrell), who is an aspiring bikini model herself. However, the joy is short-lived when the family says that Bridgit’s coach will be joining them for dinner, and it turns out to be Sonya (Lin Shaye). She expresses joy upon seeing Nick, while Nick reacts with disgust. 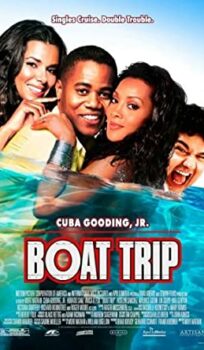