The killer turns out to be Henry Porter (played by Matt Cohen), the brother of Laura (played by Danielle Savre). He witnessed his parents being killed by the actual Boogeyman which caused him to go to the insane asylum, which is being run by Dr. Allen (Saw’s Tobin Bell). Dr. Allen, in an attempt to get Henry to face his fears, locked him in a closet in the dark. Unfortunately, this had the exact opposite effect as it caused a mental break in Henry.

It is then that Henry realized that by becoming the Boogeyman, he would no longer be afraid, because the Boogeyman isn’t afraid of anything. Henry manages to kill everyone in the asylum, except Laura and Chrissy who is just mumbling to herself in terror. As he is sneaking up behind her, Laura catches a glimpse of him in a toaster and thrusts some hedge clippers through his neck, ultimately decapitating him.

The police come soon after and start the body count, except they can’t find Nicky (played by Chrissy Griffith). They unmask the Boogeyman and…..IT’S NICKY!!!!

A flashback shows that Henry went to Nicky and convinced her (not hard with how nuts she was at this point) to simply put on the Boogeyman mask, hold a knife, and walk around. Laura, thinking it was her brother, attacked him while he was calmly walking out of the hospital. The end is Laura screaming that the real killer was still there, but the police were taking her away, either thinking she was crazy, or thinking she was actually responsible for the killings. 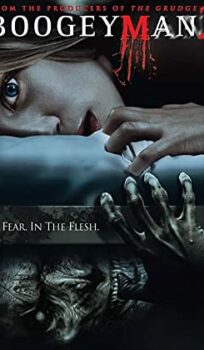