Amy and Molly ( Kaitlyn Dever and Beanie Feldstein) are life-long best friends who spent their whole high school career getting excellent grades. When Molly learns that her party animal classmates also got into good schools, she feels bad for not taking time to have fun in those four years. Knowing that there is a party at the home of her crush Nick (his aunt’s house actually) that night before graduation, Molly convinces Amy to go since Amy’s crush Ryan will be there.

The girls get into mishaps along the way, such as being drugged by their crazy classmate Gigi, ending up at two weird parties, and meeting an alleged serial killer. They finally make their way to Nick’s party where they try to get with their crushes. Although Amy spends some time with Ryan, she finds her hooking up with Nick and wants to leave, but she and Molly get into a big fight in front of everyone before they split up. Amy ends up almost hooking up with a popular girl named Hope, but it’s ruined when Amy gets sick and pukes on her. Meanwhile, Molly also sees Nick and Ryan together before she finds that her classmate Jared has feelings for her. Molly leaves the party as the cops show up, but Amy is left behind and gets arrested when she makes a distraction for the other students to flee.

Molly goes to bail Amy out the next morning before their graduation. They speed up to the ceremony where Molly (the class president) goes to give a speech and also kiss Jared.

Hope later goes to Amy’s house to forgive her and give Amy her number. Molly later takes Amy to the airport so she can spend a year abroad in Botswana, but the two decide to grab one last meal beforehand. 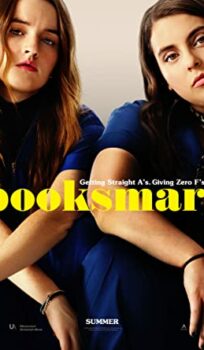