Submitted by Lingo (Pooper) and Evan B (Long version)

POOPER:
In the middle of the robbery, Bob (Robert Musgrave) shoots his gun, and accidentally wounds Applejack (Jim Ponds). The smoke bombs set off the fire alarm, and everyone flees. Dignan (Owen Wilson) goes back in to get Applejack. On his way out, he is caught by the police and arrested. Dignan is sent to jail for 2 years.

LONG VERSION:
The movie begins with Anthony Adams (Luke Wilson) reuniting with his best friend Dignan (Owen Wilson) after having checked out of a mental institute. Dignan has dreams of being a master thief and has planned out a whole career in crime for himself, Anthony and their friend Bob (Robert Musgrave). He convinces Anthony and Bob to join him in some petty robberies (of Anthony’s house and a local bookstore) in hopes of gaining the attention of a local crime-boss named Mr. Henry (James Caan). After they rob the bookstore, the three flee to a motel in the middle of nowhere to plan their next move.

At the motel, Anthony falls in love with the maid, a woman named Inez (Lumi Cavazos), who does not speak English. Despite the language barrier, the pair begin hooking up. Ultimately, Bob returns home to his parent’s palatial estate after his brother (played by the third Wilson brother, Andrew Wilson) is arrested for trying to sell the marijuana Bob had secretly been growing. Anthony and Dignan also have a falling out after Anthony gives all the money the recovered from the book store to Inez. Due to a miscommunication Anthony also does not learn that Inez returns his feelings of love that he expressed to her prior to leaving the motel. Dignan runs off and Anthony returns home and begins working at menial jobs.

Some time later, Dignan returns to town and patches things up with Bob and Anthony. It turns out that Dignan did manage to connect with Mr. Henry and now works for him. Mr. Henry helps recruit Bob and Anthony into his group of crooks. Dignan is given permission to plan and lead a heist to rob a local factory. Anthony also finally learns that Inez loves him and he reconnects with her (she has since learned English to ensure no more snafus). The day of the heist arrives and it goes awry due to Bob and Anthony’s nerves and the incompetence of the people that Mr. Henry provided to assist. During the heist, one of the robbers is accidentally shot by Bob and the police are alerted after the group accidentally sets off the sprinkler system. Dignan allows himself to be apprehended so the others can escape. We also learn that while Dignan was trying to pull of the heist, Mr. Henry and his competent associates robbed Bob’s parent’s house of everything they had (explaining why Mr. Henry welcomed Bob and Anthony into the fold).

The film ends with Anthony and Bob visiting Dignan in prison. Anthony reveals that he and Inez are dating. Bob explains that the robbery ended up bringing he and his bother together for the first time ever. Dignan appears to still have aspirations of criminal glory despite all that has happened. 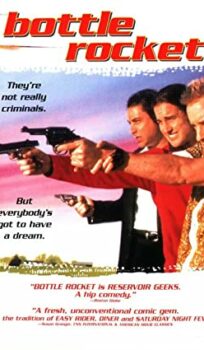