Michelle Mulan (Charisma Carpenter) is in real estate and is not very confident.  She often gets shut down at work where she works for her dad’s, Walter (Daniel Baldwin), company.  She has a dud boyfriend, George, who’s really into her but she’s not into him.  She has a daughter, Dara (Morgan Obenreder), who’s pretty disrespectful and rude.

Michelle meets a guy, Ryan (Bryce Draper), who introduces her to BDSM.  He’s dominant and at first it’s exciting.  He takes her to a sex club.  He’s kind of a jerk, though, and starts embarrassing her publicly.  He also doesn’t want her to explore being the dominant person.  Michelle explores being dominant anyway — meeting up with some of the dominant women at the sex club and also purchasing a special corset for being dominant — and she likes it, so when Ryan goes after her daughter she kicks his butt — tying him up and dominating him before turning him into the cops for assaulting her daughter.

Michelle then succeeds with a business deal — finding her confidence through being dominant and wearing the special corset she bought under her clothes — and the business partner appears to want her to dominant him at the end of the movie. 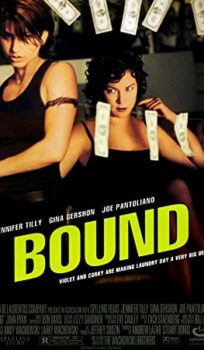