Holly (Drew Barrymore) opens up to her newfound love interest, Tucson policeman Abe (Matthew McConaughey), and confesses to having killed Nick, her abusive boyfriend and father of her unborn child. Abe agrees with her that she must go back to Pittsburgh and face the consequence of it.  She is arrested, processed and sentenced to serve a few months in jail.

Meanwhile, Jane (Whoopi Goldberg) and Robin (Mary-Louise Parker), who had parted in sour terms over romantic issues, are forced to make up again. Due to the progress of her HIV condition, Robin collapses and has to be put in a hospital where Jane tearfully confesses that she had a crush on Robin, who also admits she had always been somehow curious about women as well.

Time passes; Holly is released from prison having given birth to a black girl, (the baby was obviously not Nick’s) and returns to Tucson, along with Abe, Jane and Robin. Robin is bound to a wheelchair and her health has visibly deteriorated.  In a family-friends gathering, Robin is asked to sing “You Got It”, which she weakly manages to do, with Jane backing her.

In the end, Robin’s wheelchair is seen empty (which means she died of AIDS complications), Holly and Abe stay together and plan to have a family, and Jane leaves to seek a new life. 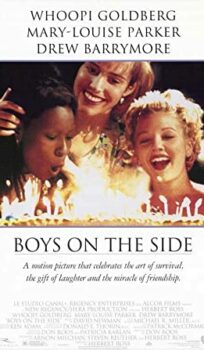