One night Holly receives the news that her brother Fred has died in a car crash, and she starts to destroy everything in the house, causing the disappointment of her soon-to-be husband.

Several days after, she’s about to leave to Brazil, when she’s arrested. The boss Sally Tomato (Alan Reed) has used her as an unaware spy to pass information to her lawyer. Paul helps her to get out the prison, but she has to leave her house forever, and she cannot join José in Brazil as he fears marrying her would be a scandal for his family.

She decides to leave anyway to Brazil, refusing again Paul’s love. She frees the cat that used to live with her, in a dump and says that Paul cannot love “Holly” because she’s not Holly anymore. She actually doesn’t know who she is right now, but she wants to leave behind everything. Paul goes away, but leaves her the ring onto which he had written their names.

After a while, Holly runs again to him, crying, and she asks for the cat. She looks for it in the dump, but it seems to have disappeared. When she looks again to Paul, and she understands she loves him, the cat reappears. She hugs it and kisses Paul.” 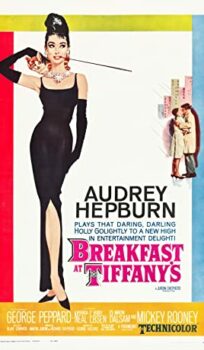