The investigation of the robberies at Will (Jude Law) and Sandy’s (Martin Freeman’s) office leads the Police, eventually, to Miro (Rafi Gavron) and Zoran (Ed Westwick).  They both get arrested; particularly, Miro will be seemingly going to jail, since this was his third time.  Amira (Juliette Binoche) gives Will back the photos she intended to use to blackmail him, trying to obtain some help from him, but he refuses.

He gets a heavy conscience, and decides to confess his affair with Amira to his wife, Liv (Robin Wright Penn).  The next day, they both show up at Miro’s hearing and tell a farfetched story that appoints Miro as innocent, and that he had nothing to do with the robberies; Amira and Liv exchange a look about Will for their respective reasons.

Miro is acquitted.  On their way home, Liv has an outburst of rage about her situation of perpetual distancing with Will, which has brought their marriage down, but they make up.

In the end, Miro apologizes to Will and Sandy for the whole incident, and he and Amira decide to return to Sarajevo, Bosnia. 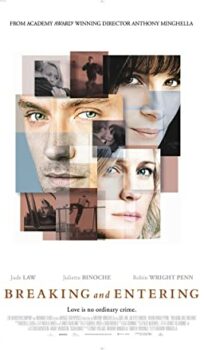