Liz (Dakota Fanning) is actually Joanna, the daughter of The Reverend (Guy Pearce). A fiery preacher, The Reverend is also a violent, perverted hypocrite that eventually rapes Liz when she is a child. He is responsible, directly or indirectly for the deaths of practically everyone Liz has ever loved. From her mother, who he shames into suicide, to the outlaw, Samuel (Kit Harington) who The Reverend kills after Samuel tries to save her. Every time she escapes, The Reverend eventually finds her, leaving more destruction in his wake.

Years later, The Reverend tracks her down again, killing her husband, stepson, and father in law. The Reverend says he plans to rape his granddaughter while Liz watches and then kill her. However, Liz gets free, sets him on fire, and shoots him, blasting him out a window to his death.

Liz finally makes a living for herself running a sawmill, only to be confronted by Nathan (Bill Trangradi) a man whose child she could not save during his wife’s delivery. Seemingly not recognizing her, Nathan has become sheriff and found a wanted poster for Liz, the dead girl whose identity Joanna took. Apparently, the real Liz killed the brothel owner before saving Joanna from her father. Liz is taken away to be hanged. However, knowing she refuses to be further subjugated by men, Liz/Joanna chooses suicide, and drowns in the lake.

The film ends with her daughter Sam narrating about the strength of her mother, and how she hoped her sacrifices would make Sam strong. Despite her hardships, Sam has found happiness, and has a daughter of her own. 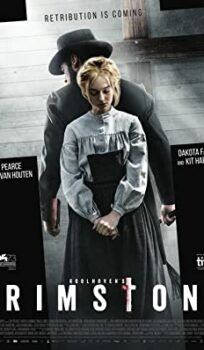