The network lays off many workers but Jane (Holly Hunter) gets promoted, Tom (William Hurt) is transferred to the London office and Aaron (Albert Brooks) quits.

Tom invites Jane to a vacation but before she meets him at the airport, Aaron tells her that Tom “performed” the crying he did in the date rape report.  Feeling that is unethical, Jane refuses to go with Tom. 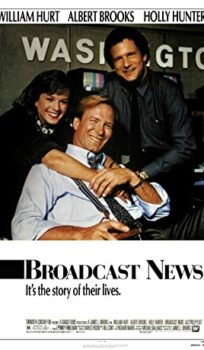