The killer envisions Delilah (Alanna McConnell) telling him to kill everyone around them to prove his love for her. So he does so and in the process, he even kills her soon-to-be boyfriend Adam (Alex Fairlie). She’s the only left alive but she’s taken by the killer back to his layer to perform some kind of demonic ritual on her to finalize their love.

The killer turns out to be Cameron (Cameron Johnson). Delilah has nothing left to do to defend herself but yell that she doesn’t love him and insults him horribly in the process. Both the killer and the demonic visions that guide him disappear and Delilah escapes.

When she finds help, the killer grabs her away. Her escape was just a dream and she’s back in the killer’s layer. He tears out her heart and then eats it, bringing the love full circle. 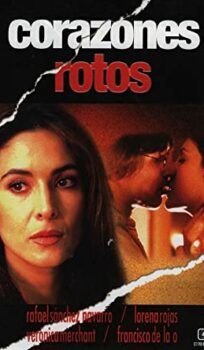