Therapist Jonathan (Seth Landau) is investigating the religious cult The Bryans along his friends Linda and Cindy in his Arizona town.  However, the cult finds out and strikes back; they kidnapped Laura and brainwashes her leading to her suicide. Later, Cindy too is kidnapped and brainwashed leaving Jonathan to work alone.

It is then that the true scope of the cult is revealed. It is not just in this town but nationwide; Jonathan’s own mother is a member and has labeled him mentally incompetent which allows the cult to commit him to a mental institution. Through drugs, physical and verbal abuse they attempt to convert him too.

Lucky for him, a survivalist who knows about The Bryans breaks him out.  He tells Jonathan he is the first uncorrupted person they have seen in years and wants him to join the resistance movement but Jonathan refuses.  He goes to leave town, but decides to see Cindy before he leaves. As he comes to the door, we see that she is filming him from the inside.  The last scene is Jonathan waiting for Cindy at the door.

Due to this, and that The Narrator (Tony Todd) making this clear that this footage was recovered at the beginning, it is heavily inferred that Jonathan was killed by Cindy. 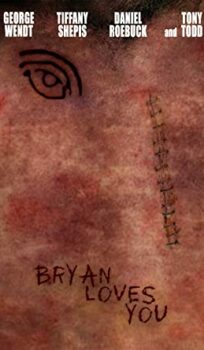