Billy Brown (Vincent Gallo) finds Scott Woods’s strip club and, before entering, calls Goon (Kevin Corrigan) to tell him he can have all of Billy’s possessions. He then goes inside and apparently shoots Scott Woods, then shoots himself. However, this is just his imagination, as he only got as far as inside the strip club before turning back, deciding that is not what he wants to do after all. He calls Goon back to cancel his previous plan and goes to a donut shop to order a few cookies and a cup of hot chocolate for Layla (Christina Ricci); he’s in love. 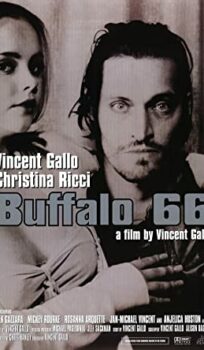