Colton (James Caan) kidnaps Jack’s (Damon Wayans) girlfriend Traci (Kristen Wilson), then calls Jack and tells him that he must bring Archie (Adam Sandler) to his home in exchange for her. Jack and Archie head to his house, but both go in armed, intending to save Traci by force.

The duo take out a lot of Colton’s men, but when Jack finally gets to Traci, she draws a gun on him, exposing herself as the one on Colton’s payroll that was ratting them out at every turn. She was ordered by Colton to stick with Jack ever since Archie accidentally shot him, since Jack would eventually lead her to Archie.

Jack soon gets the upper hand on her, but then, Colton emerges from a hiding place. He tries to shoot and kill Jack, but Archie takes the bullet for him. Jack handcuffs Traci to the stairs and then fights Colton. Colton gets the better of him and tries to shoot him again, but Archie appears (the bullet just grazed him) and fatally shoots Colton in the head. Before the cops show up, Jack allows Archie to skip town, and they exchange pleasant goodbyes, acknowledging each other as friends.

Archie flees to Mexico (along with his mother) and becomes a matador. One day, he tries to hit on some Mexican girls, but some local guys approach him and express their intent to beat him up, since he was a foreigner hitting on their women. Then, Jack appears, telling them that anyone who messed with Archie messed with him. 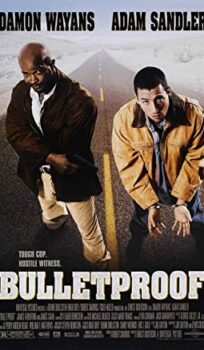