Sally Bowles (Liza Minnelli) aborts the baby she is carrying. (It is implied that she doesn’t know who might be the father.) Brian (Michael York) is heartbroken, but realizes the two could never have a life together. Brian returns to England; Sally, presumably, returns to her life in the Berlin cabaret, The Kit Kat Klub, as the Nazis rise to power in Germany. Fritz (Fritz Weper) admits he’s actually a Jew and he and Natalia (Marisa Berenson) marry, but what happens to them is never revealed.

The Master of Ceremonies (Joel Grey) closes the movie by wishing the audience a good night and quickly exiting the stage as we see the crowd at The Kit Kat Klub is composed mainly of Nazis.

This movie is overrated, but if you’ve never seen a young Liza Minnelli perform or Bob Fosse’s choreography, this movie will show you why they are both legends. 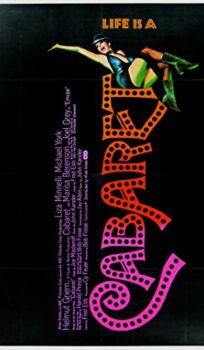