Elio (Timothee Chalamet) and Oliver (Armie Hammer) during the course of the summer begin to fall for one another. Eventually the make love to one another. Of course Oliver then leaves Italy after the summer is up.

Elio is heartbroken over Oliver leaving. Though his father (Michael Stulhberg) tells Elio that he was aware of relationship with Oliver. His father also states that he had a similar relationship when he was younger

Several months later Oliver calls Elio. Oliver tells Elio that he is going to get married. The film ends with Elio sitting near the fireplace pained with emotions. 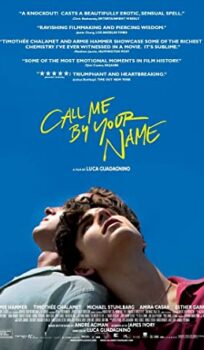