While Denise (Lauren Ambrose) and Kenny (Seth Green) are trapped in the upstairs bathroom of the house the big party is at, they eventually come to realize they were meant to be together, and after sleeping together in there become a couple.

Amanda (Jennifer Love Hewitt) gets Preston’s (Ethan Embry) love letter to her, but due to the fact that she doesn’t know what he looks like, she accidentally heavily insults him at the party. When she finds out who Preston is while looking at Vicki’s (Melissa Joan Hart) yearbook, he’s already gone home, broken-hearted.

Cops come and crash the party soon after she departs broken-hearted herself.

The next day, Preston goes to get a train to Boston where he is going to study architecture, but just before he can go board, Amanda stops him. She thanks him for the letter and they chat for a bit, and though they initially exchange goodbyes and he makes his way towards his train, he stops and goes back to Amanda. He tells her he’ll take a later train, and the two kiss.

The narrative, done in a “years later” context, says that Preston got on his train to Boston seven hours later, and Amanda wrote him a letter for every day that he was away. They are still together.

***Also, in the years-later narrative, it states that the nerdy William (Charlie Korsmo) went to Harvard and became very popular, and he now owns a software company valued at $40 million and is dating a supermodel. As for the jock Mike (Peter Facinelli), whom Amanda broke up with, he drank too much at college and lost his football scholarship, and he is now 40 pounds overweight and recently lost his job at the car wash after some incriminating Polaroids surfaced. 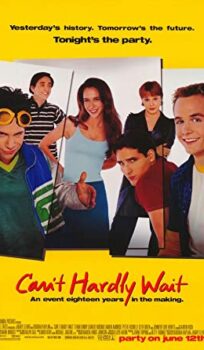