To cover up the fact that the entire manned mission to Mars is a hoax, NASA reports the three astronauts as having died in transit, and then plans to actually kill the men (who have been held prisoner since being pulled out of their rocket at the launch pad). They escape into the desert, where Willis (Sam Waterston) and Walker (O.J. Simpson) are killed. With the help of intrepid reporter Bob Caulfield (Elliott Gould), Brubaker (James Brolin) escapes, and the two of them reveal themselves to civilization at Brubaker’s Memorial service/funeral. 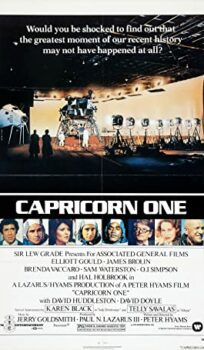