Jennifer (Elisha Cuthbert) is a top model who gets drugged and kidnapped. She wakes up in a room controlled by a sadistic freak who puts her through various torture situations. She discovers another captured man named Gary(Daniel Gillies) and they become friends, determined to escape together.

The model falls for him only to discover it his him and his brother responsible for the situation she is in. The brothers kidnapp girls, get them to trust Gary, have sex with him and then kill her. They film all of this and make books about it.

She tries various attempts to escape before a final showdown in which she manages to kill both of the men and escapes from her torture prison. 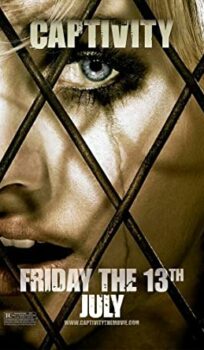