Due to acknowledging Roger (Denzel Washington) as his son, Walter (George Segal) loses his job and his upscale life, and he ends up driving a jalopy with Roger and sharing a squalid apartment with him in the ghetto. After Walter has a brief and unpleasant chat with Roger following his return from a job shoveling horse manure, Roger goes out for a walk, and shortly afterwards, Walter is visited by his ex-wife Vivian (Susan Saint James) and her father Nelson (Jack Warden). Nelson tells him that he has been following him ever since he lost everything and admires his determination, ingenuity, and ability to survive, then says that he wants him to return to his company. Vivian, too, states that she wants him back. When Walter asks Nelson about what will become of Roger, Nelson basically says that he will have no part in his life; he will have him sent to a military academy followed by a tour of duty overseas, and if he survives, he will be provided with adequate funds to live comfortably on. Nelson and Vivian then depart.

As Walter goes to take a nap, he hears gunshots, and he looks out the window and sees Roger sprinting towards the apartment with two cops pursuing him. Roger gets inside and tells Walter that, while on his walk, some guys broke into a store near him and took off with some stuff. The cops then pulled up moments later, so he ran, and they gave chase thinking that he was the thief. Walter hides him in the closet that stores the bed, and when the cops come in, Walter gets them to chase after him, and he is eventually caught and put in jail. When Roger visits him later on, Roger tells him that the only reason he came to L.A. was to see what his father was like, and he didn’t want him to like him because he was his son, but he wanted him to respect him because he was Lorraine’s son. However, he only saw what color his skin was, and he felt Lorraine was owed more than that. He then admits to Walter that he went crazy inside when he saw him in his office, because his mother spent all her life loving him and waiting for him and he walked away from her. Roger decided that he wanted to hurt him, hence why he subjected him to all of the verbal abuse and embarrassing situations, and he hoped that he (Walter) would ultimately try to take a swing at him and give him an excuse to punch him out, and he adds that he was happy when things went wrong for him. However, he has now accepted that all these acts of revenge won’t do his mother any good because she is dead and gone. Roger tells Walter that she deserved a better life and he should’ve given her that, and Walter agrees, and Roger then asks him if he loved Lorraine, and Walter replies that he did. Before Roger leaves, he tells Walter to go back to his family, for he thinks they will be a lot nicer to him now, and he admits that he really isn’t a bad guy and, if he weren’t his father, they might have been friends.

After he gets out of jail, Walter pays Nelson a visit in his office, where he tells him to take his job and shove it because he has accepted just how sickening his viewpoints are on non-Caucasians. We next see him being driven by his lawyer Garvey (Paul Winfield) out along the highway to find Roger, and as they go, Garvey enlightens him to some facts about Roger that he had originally promised Roger he would not tell Walter about: Roger didn’t drop out of high school at 16 like Walter presumed; he graduated at 16. Also, he is now attending Northwestern University in Chicago on a scholarship and is about to enter his second year of pre-med. Walter realizes that what Roger told him was true: He looked at Roger and only saw what his skin color was, and he made judgments on the quality of his character based on that. They find Roger as he is making some quick repairs on the jalopy, and Walter tells him that he knows about his real situation in life. He then expresses an interest in joining him in Chicago so he can try to build a relationship with him, plus he knows of a friend in nearby Evanston that he can go work for. He then decides to accompany him on the drive back there and gets his stuff out of Garvey’s car while telling Garvey to forward the rest of his belongings to the home of Roger’s aunt Carla. As they begin the drive, Roger gives Walter a picture of him embracing Lorraine, and he smiles. 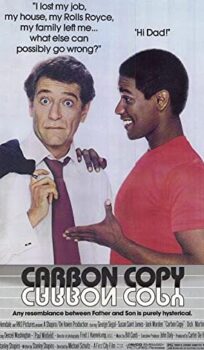