The Velociraptors all die from the various dynamite traps that McQuade (Cliff DeYoung), Reed (John Savage), and Reed’s team set up, but only Reed and Jesse (Ryan Thomas Johnson) survive.

While making their way to the surface, Reed takes a big fall and sustains a bad injury, but he tells Jesse to go on. Jesse gets to the surface and finds an evacuation team waiting there, having been called to the scene by him crashing the emergency system. They have to get out right away, since the levels of the leaking radiation in the lower levels of the mine were getting dangerously high, but Jesse refuses to leave Reed in there, and goes back in using the elevator and gets him. During their run back to the elevator, a Tyrannosaurus confronts them.

They escape it and get to the surface, and Reed is put in one of the helicopters, but the Tyrannosaurus soon emerges. Jesse hops into a skid loader, and with it pushes the Tyrannosaurus down a 150-foot shaft to its death.

Jesse gets onto the helicopter, and as they fly away, Jesse uses a remote detonator to detonate the dynamite still in the mine, and that – combined with all of the radioactive items there – blows the mine sky-high. 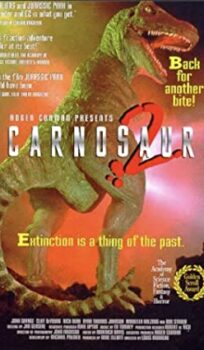