Professor Z did not arm the bomb, Axelrod did. Axlerod disarms the bomb and admits that he is the Big Boss.

Just as Axelrod lied about being an electric car, he lied about Allinol too; it’s just regular gasoline. Lightning McQueen, who used Allinol from Filmore, didn’t explode from the camera gun because the fuel he received was Filmore’s own special formula. Filmore didn’t believe in Allinol because he knew it was bunk.

Mater is knighted by the Queen and the group returns to Radiator Springs where Mater is now as much a celebrity as Lightning. 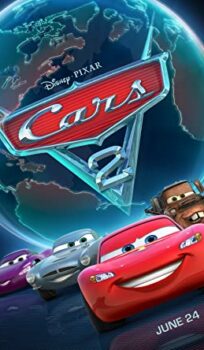