After declaring to Bellino that he loves him regardless of his gender, Bellino reveals that he is actually a woman in disguise. The two are engaged, but Bellino recognizes that the young Casanova (David Tennant) still loves Henriette, and tells him to chase her. Henriette, unwilling to give up the wealth and safety she has found with the besotted Grimani, refuses to leave him for the flighty adventurer.

Casanova never stops chasing her, though he continues his wild ways and leaves an increasingly destructive wake. It is not until he runs into Bellino many years later and is horrified to see how she has destructed, that he hides himself away.

Back in the present, Edith reveals that Henriette had not died years ago as he had believed. An elated Casanova writes her. Edith receives a reply saying Henriette has died just months before, but she tells Casanova she is arriving soon and he dies awaiting her return. 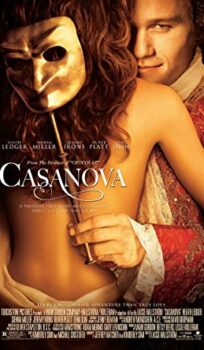