A trio of female couriers, Tes (Malin Akerman), Dawn (Deborah Ann Woll) and Kara (Nikki Reed) wait at a middle of nowhere diner waiting for a truck to steal for their drug lord boss, Mel (Bruce Willis). Despite Kara’s feeling that the job isn’t right seeing they screwed up their last one, Tes presses for them to proceed. Kara turns out to be right, as the job goes south quickly, and she and Dawn are quickly killed by a waitress and a customer (and both are killed in turn).

Meanwhile, a psychotic hit man Ronny (Forest Whitaker) kills a deputy and takes his appearance. He heads to the diner where Tes is being held at gunpoint by cook Billy (Shea Whigham). Billy reveals to Tes that the job was a set up; Mel is extremely paranoid and never accepts failure once. The three of them were supposed to die tonight. Ronny demands the money Billy supposed to have, but Billy claims he doesn’t have it. Ronny is then shown to have delusional love for Tes and had apparently protected her from harm on previous jobs. Ronny wants her to kill Billy so they can run off together or he will kill them both. Tes seems to agree, then turns the gun on Ronny. Shots ring out.

Mel, with a bag of cash in the car, heads to the dinner where a dead Billy and Tes lay. Ronny sits in a booth, bleeding. Mel tells him he knows Ronny was the one stealing from him and after a few words, shoots him in the head. As he turns to leave, he hears a gun cock. Tes isn’t dead and empties her clip into him, for getting everyone killed and selling her out.

Tes holds up Mel’s driver and steals the car. She seems the bag of money but can’t compute the news because she is still in shock over the night’s events. She continues to drive, unsure of what to do now that all her friends are dead and she is alone in the world. 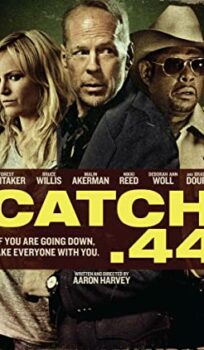