Darla Dimple talks Danny into having him and his friends do a song & dance number for her movie, ostensibly to help their talents get noticed by studio head L.B. Mammoth. But, it’s all a frame-up: As they’re practicing, Darla & Max flood the soundstage, which ends up destroying a press release of Darla’s latest film that L.B. is holding right outside, as well as most of the movie lot. Danny and his pals take the blame for it, and L.B. fires them – as well as all of the other animals – from the studio.

Danny packs up and boards a bus back to Kokomo, but after seeing the unemployed animals on the street and listening to the bus driver’s uncaring words about them, he decides to stay and make sure he and his pals become stars. He finds Pudge, and together they add the names of their friends to the invitation list to Darla’s movie premiere, planning to do the song & dance routine with them after Darla’s film ends.

While he and Pudge are setting up backstage as the film is screening, Max emerges, having heard them making noise. Danny fights him to the top of the theater, where he traps him on a huge Darla balloon and pops it, sending him packing. When the film ends, Danny comes out and tells the audience that he and his pals will now sing and dance for them, “as requested by Darla.” The animals get on stage with him and do the routine, and though Darla tries to ruin it several times, her attempts only end up making it better. The animals finish to a standing ovation. Darla gets on stage and unwittingly screams into a microphone that she should’ve drowned them all when she flooded the stage, exposing her actions and character. She is sent down a trap door shouting for Max, who is now over Paris. L.B. gets a photo with the animals and says they’ll be making history.

The animals get starring roles from then on, and Darla is relegated to being a janitor. 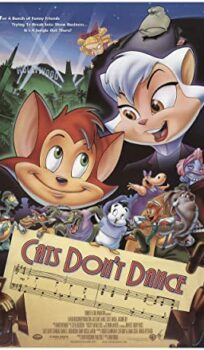